Want to order any of our (highly limited) vinyl editions?

Thomas Bernhard's literature contains a certain mercilessness. The collection of short prose pieces that he called The Voice Imitator in 1978 combines the harshness of his world and misanthropy with poetic sophistication and extravagant narrative maneuvers; this series of anecdotes is one of the least known, but most exciting works of the writer. The almost surrealistic wit so typical for Bernhard permeates these short stories – there are absurd fables, laconic death case studies and abysmal local news. The horror of the narrations is kept in suspension by the sarcastic conciseness of the author’s writing.

20 of the 104 prose pieces in the volume are currently being set to music by Austrian experimentalists Modell Doo, in collaboration with the actor Robert Reinagl, who works in the ensemble of the Vienna Burgtheater. The result will be neither an audio book nor a literary opera, but a completely new, possibly alien liaison of text and composition: 20 sound miniatures in which prose performance and electronic avant-pop genuinely merge. Reinagl's ambiguous recitation works the protocol of the tragic-comic events that Bernhard unleashed with feverish insidiousness, while the music subverts both the verbal interpretation and the text blocks themselves, thereby creating unimagined additional levels.

The commemorations for Thomas Bernhard's 90th birthday are due in 2021. This new adaptation of The Voice Imitator will serve in several ways to refresh the memory of Bernhard's incredible power of speech and contempt for death.

Please help fund this project! Thanks!

Sadly it didn't happen. (You know why.)

What you missed (if you haven't been there): 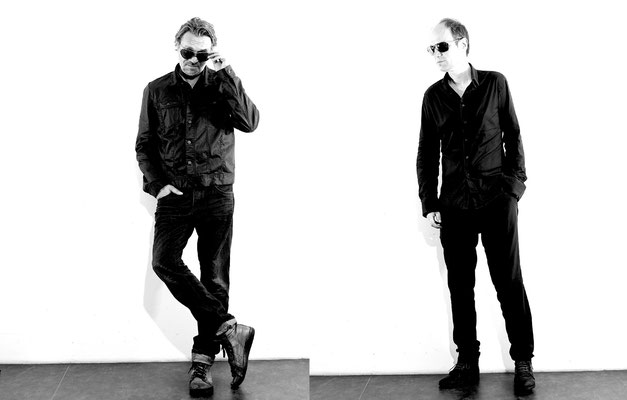 This concept album deals, song by song, with the biographies of twelve little-known scientists, ten of them real, two of them fictional, all of them visionary and cracked, one way or another.

features 2xLP plus CD | an art print of the cover collage on hand-made paper (signed and numbered by the artist, Roland Hörmann) | an audio cassette containing two remixes of the tracks Konrad and Derbyshire by Berlin-based dancefloor- and techno-artist WASSERSTOFF | a vintage science magazine dating from the 1920's to the 1970's (a different magazine in each package).

All those items come in a specially designed Orbit Utopia-tote-bag.
Limited to 100 pieces.

Our cover version of the exquisite song "Radio" by Erstes Wiener Heimorgelorchester has been released online by monkey.music. Here's a link to hear (or download) it!

Including the first public presentation

MD played there as part of the Diagonale festival nightline –

and as part of a film series called Austrian Pulp.

Look at some pictures

Vampyros Sexos aka I Was a Teenage Zabbadoing,

Look at some pictures